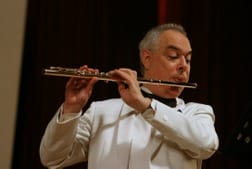 Alan Weiss will be presenting

and a historical Haynes discussion, and

concert on Saturday, February 25th, 2017!
​*Owners of Historical Haynes Flutes are encouraged to
​bring their instruments, share their stories, & enjoy this historical event!*
*Free flute repairs will be available Saturday!*
Ellen Ramsey Flutes, located in Longmont, is Colorado's premier full service flute specialty shop offering a large selection of instruments and services. "We have opened up our beautiful performance space for recitals, masterclasses and events like this one."