​Our Vision
We support individuals in developing strength and resiliency by engaging the mind, body, and emotions in a balanced way. Students grow to their full potential, empowered to make significant contributions to their communities.

Our History
In 2012, Integral Steps founders Alejandra Hudon and Emma Shubin met in Boulder’s Dushanbe teahouse. Both shared the experience of working with children and families, and they eagerly learned from each other expertise. As a musician and Dalcroze Educator, Emma observed that her students had preferences for kinesthetic learning, cognitive discovery, and artistic expression, and wanted to gain more tools to support student development in all three of these areas. As a mental health practitioner, Alejandra worked in family therapy and infant massage, and wanted to develop everyday tools for her clients that included experiential, interactive, and more embodied learning.

The wish to collaborate came from this very first meeting. Alejandra and Emma wanted to reach a larger community by integrating their modalities of working with families. They embarked on a workshop series with Aurora Mental Health (Aurora, CO), designing workshops that combined Dalcroze classes for children with parents in attendance, collaborative art projects, and talk-back sessions for parents. This offered families a new way of interacting and growing from what they had observed. Integral Steps was born, becoming a place of growth for individuals, families, and communities.

Integral Steps now hosts weekly classes throughout the school year, summer camps, and monthly community events at local businesses, libraries, and children’s museums.  We provide a unique place for our colleagues to develop their passions and professions in an integrative way. We offer professional development classes for schools, partner with other nonprofit organizations, and have recently launched a fellowship program which allows professionals to learn, practice, and apply integrative education to their skill sets. 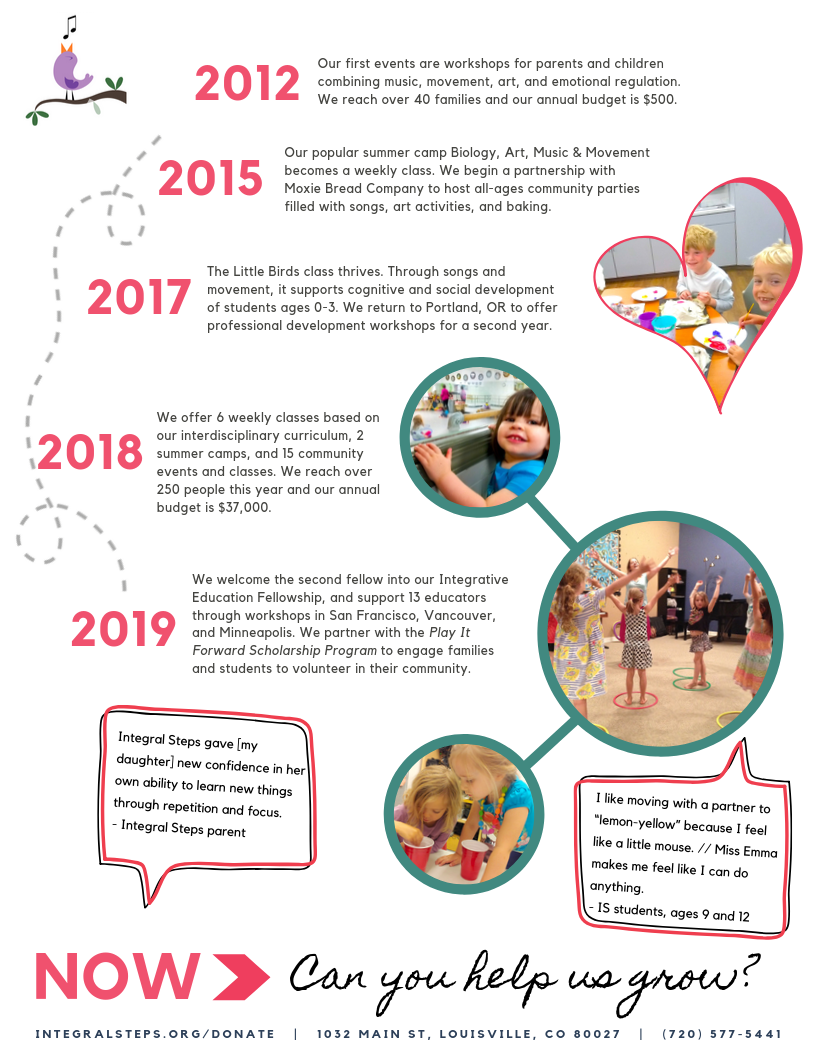 What is Integrative Education?

Education should simultaneously challenge our intelligence, involve and guide our emotions, and include the use of our body.


Interesting Reads Supporting our Work
A few accessible articles of the principles that inform our programs and curriculum building:

Importance of Music and Movement

Hear directly from parents and students about we've impacted their lives! 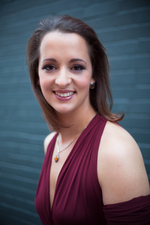 Passionate about music, holistic & integrative education, Emma has been joyfully making music all of her life. Both conservatory and life-trained, she has performed and taught internationally as a flutist and Dalcroze Eurhythmics instructor, an approach of teaching music through movement. Her love of ecology led her to a degree in the field and she seeks to make science not only accessible for her students, but to also deepen their awareness of the natural world around them. Emma strives to creatively combine and share her love of music, movement, improvisation, and biology with students of all ages. www.emmashubin.com 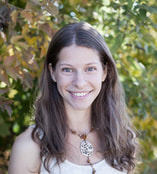 Alejandra specializes in early childhood development and infant mental health with a focus on attachment and early childhood trauma.
Originally from Venezuela, Alejandra has been a licensed Clinical Psychologist in her country since 2006, and in the US holds a Master's degree in Clinical Psychology.  Her early childhood specialization came after training at UCSF, Child Trauma Research Program, and at University of Colorado School of Medicine Harris Infant Mental Health Program.
While living in Colorado she worked as a full-time child & family therapist at Aurora Mental Health Center and served as member at the Colorado Preschool Programs (CPP) Advisory Board. She also became part of the Fussy Baby Network as a fussy baby specialist, and completed her certification as an Infant Massage Instructor.
Alejandra's practice is defined by her diverse background.  She grew up as a martial arts pupil of Grand Master Su Yu Chang, studying music, and was exposed to different mindfulness practices and the benefits of alternative medicine from a very young age.  These experiences have led her to strongly believe in the need for an integrative focus to her work, promoting inner-growth through a balanced approach to life. 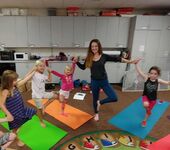 A cellist from the age of eight, Keirsten Schwanbeck attended Hope College in Holland, MI graduating with a Bachelor of Music degree in Cello Performance in 2006. She went on to study at the Pennsylvania State University and received a Master of Music degree in Cello Performance in 2008. An active freelance performer in the Boulder/Denver area, Keirsten was previously a member of La Pochette String Quartet, Altoona Symphony, and Holland Symphony, among others, and has toured the United States, United Kingdom, and Canada. She has been teaching cello and coaching chamber music in Michigan, Pennsylvania, and Colorado for over ten years and maintains an active teaching studio in Boulder.

Keirsten was first introduced to yoga while in college as a form of exercise. It wasn’t until many years later that she realized the effect a daily yoga practice had on her nervous system and mental well-being. In 2017, she earned a certificate in Children’s Yoga and Mindfulness teaching. Drawing on her own experience as a yoga practitioner and parent, Keirsten loves to introduce children to and bring the joy of yoga to them through games, storytime, music, guided imagery and meditation, and physical postures. 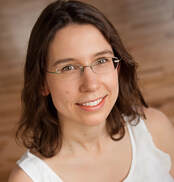 Weronika believes the arts have the power to build connection, relationships, and community. This idea is central to her work as a flutist and music educator. A co-founder of Marvento Duo, Weronika performs on modern and Baroque flutes and loves inviting audiences into the magic of music. She is passionate about building a joyful learning environment for her students, and is currently completing her Dalcroze certification, a holistic movement-based approach to learning music. Born in Poland, Weronika brings a lifelong interest in science, history, and foreign languages. She is thrilled to explore intersections of learning this year in the Integrative Education Fellowship. 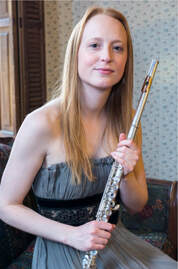 A dedicated flutist and music educator, Cora believes that the importance of this work is to uplift and bring diverse communities together. Cora combines a foundation of professional performance with a flexible and creative approach to teaching and community building through musical experiences. Through her work with outreach programs such as the Colorado Symphony Orchestra’s Very Young Composers and the Colorado Youth Symphony Orchestra Outreach Program, Cora strives to use music as a jumping off point for exploration, conversation, and collaboration.
In addition to outreach work in public schools and summer programs, she has worked with youth orchestras, coached chamber music ensembles, and taught privately for almost a decade with the goal of connection to music and to each other. In addition to her teaching artist work Cora performs frequently with such groups as the Colorado Symphony, the Colorado Ballet, and the Colorado Springs Philharmonic. It is her lifelong dream to integrate music performance, music education, and community in a way that serves the community’s needs most effectively. Cora received her BM from Ithaca College and her MA in Flute Performance at the Royal Academy of Music.
Molly Bert-Westig
Social Media & Marketing Intern 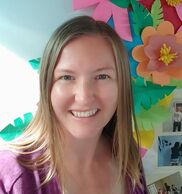 Tera Girón was a Dual Language and ESL teacher for 16 years during which she received many recognitions including the Colorado Bilingual Teacher of the Year award. Tera now works on developing curriculum for a variety of public, private, and homeschool organizations including Integral Steps. She is passionate about encouraging bilingualism and biculturalism in young children starting with her own son who has been an Integral Steps student for most of his six years of life! 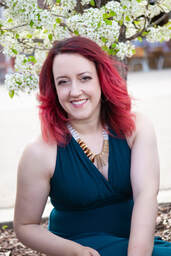 Dr. Amanda Setlik Wilson grew up in Lisle, Illinois, a suburb of Chicago. She began piano studies at age four at the Wheaton College Community School of the Arts’ Suzuki program with Sarah Williams. At age 15, Amanda began studying with Dr. William Phemister, a professor at Wheaton College. She attended several summer music programs, including the Suzuki Institute at Stevens Point, Wisconsin, Interlochen, Indiana University Piano Academy, and the International Institute for Young Musicians in Cincinnati.

Dr. Setlik Wilson specializes in new music and, in particular, the music of Emma Lou Diemer. Diemer wrote a solo piano piece for her in 2012, Toccata for Amanda, which she premiered on her final solo DMA recital in 2014. Amanda commissioned a second piece by Diemer in 2017, titled Variations on “Our Triangle,” to perform with violinist Dr. Mei Mey Segura at the 2017 Mu Phi Epsilon convention. Dr. Setlik Wilson performs regularly throughout the Denver area as a soloist and as part of Peak Duo, her performing group with Dr. Segura. Amanda is a trained Suzuki teacher and has taught privately since age 17. She currently lives in Longmont with her husband, Michael, and teaches Suzuki and traditional piano lessons in her home studio.

Meet our Board of Directors 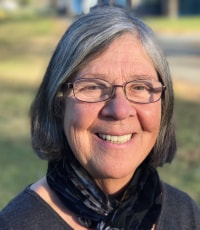 Mary Rothschild, MA - President of the Board of Directors
Experienced with children and their parents, Mary's career has heightened her awareness of the ways popular culture narratives and images can shape imagination, play, and worldview. She founded a children’s crafts center, Ariadne’s Thread, in Brooklyn over twenty years ago and gives workshops for parents and teachers of young children through Healthy Media Choices, a 501(c)3 non profit organization, and did graduate work in Family Media Literacy at Goddard College. After hosting a weekly interview program, ”The Healthy Media Choices Hour,” for five years on Community Radio in Vermont, she taught courses on Children and Media at Fordham and Adelphi Universities in New York.

In 2017, she and her husband Tom moved to San Francisco’s East Bay, close to their daughters and five-and-a-half year old  granddaughter. Proximity to a family with a young child continually freshens her perspective.

Though research about the impact of popular culture and media/technology provide an entry point, Mary’s work centers on attention, relationship, and balanced development. She offers strategies for families of any background and makeup to be present with the child and share the material of their lives: humor, stories, and natural environments, within the time available so that the child can weave a healthy view of life. Those priorities provide the bases for intentional use of time.

She is delighted to be working with kindred spirits at Integral Steps. 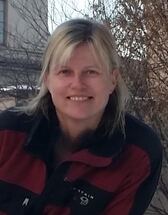 Tamara Darnow, CFA, PMP, CAMS-Audit  - Treasurer of Integral Steps
Tamara’s childhood volunteering at a local non-profit triggered a connection to the aspirations of nonprofits that lives on today.  With a lifelong passion for academics and appreciation for the impactful powers of music and arts, Tamara ardently believes in Integral Steps’ unique integrative education mission and partnership in the community.

Throughout her financial services oriented professional career, leveraging a MBA from the Wharton School of the University of Pennsylvania and an economics degree from Northwestern University, Tamara has actively pursued responsibilities with a risk management theme.  Her current role focuses on enterprise, compliance, and operational risk areas within KeyBank wherein she also serves as the Corporate Bank Code of Ethics Officer.  Never one to stand still, Tamara holds the Chartered Financial Analyst ® designation, among other risk-oriented designations, and is an active season passholder at Copper Mountain in Summit County, CO.
Kate Ricklin - Secretary of Integral Steps
Curious about what goes on behind the scenes? Click here to read meeting notes. 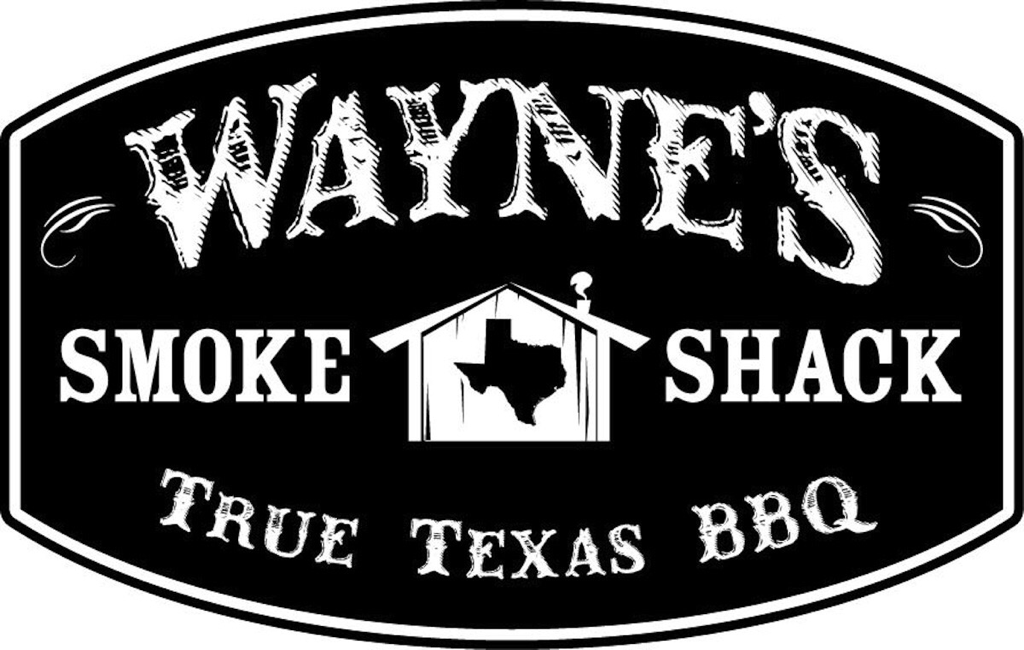 We love having classes at the Longmont Dance Theatre Academy. Their beautiful space and inviting atmospere is a wonderful learning environment for our classes and we are so grateful for their support!

Since 2016, Integral Steps has called the Louisville Recreation and Senior Center home for our classes! We are so excited to be holding classes through the center again in 2019 and cannot thank them enough for their support!
Libraries are the foundation of communities, fostering a love of learning and involvement for members of all ages! We are so grateful for the support of both Longmont and Louisville Public Libraries!